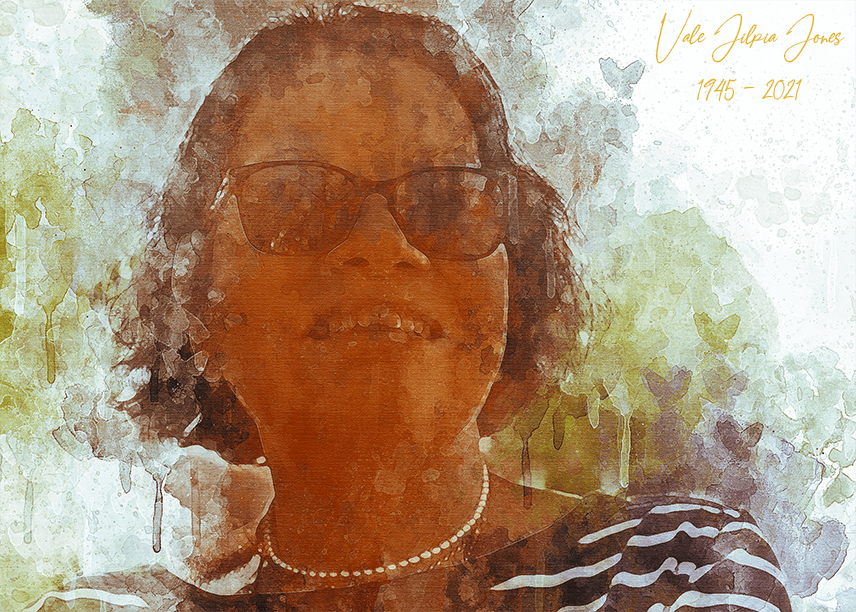 The Kirra Services team is deeply saddened to learn of the passing of pioneering aboriginal nurse Jilpia Nappaljarri Jones’ on 28 October 2021. We join the wider Australian community in mourning. Below is a small account of this amazing trailblazing aboriginal health workers life written by AIATSIS.

Aboriginal and Torres Strait Islander people should be aware that this website contains images, voices and names of deceased persons.

A Walmajarri native title owner from the Great Sandy Desert, she touched the lives of many through her multiple talents, her multiple careers, and her generous spirit.

Born in 1945 at Christmas Creek station in the Kimberley region of Western Australia, Jilpia was taken from her family at age 5 and learned a new language, English, while raised by her foster parents in Queensland. After school, she enrolled to train as a nurse at Cairns Base Hospital in 1962 and progressively qualified with certificates in General Nursing, Midwifery and Ophthalmology.

In 1971 Jilpia helped to found the first Aboriginal community-controlled health service in Australia, known today as the Aboriginal Medical Service Redfern. From here, she moved into specialised eye care and worked with Professor Fred Hollows, Gordon Briscoe and the team at the National Trachoma and Eye Health Program.

“My time with the National Trachoma and Eye Health Program was a very influential part of my life,” Jilpia said.

“Jilpia was a darling friend and a beautiful sister who had an amazing life. She was godmother to our daughter Ruth and a member of our family,” Gabi said.

A scholarship from the Churchill Trust supported her with 6 months of further study at Moorfields Eye Hospital in London.

“Jilpia was a trailblazer who paved the way for improving health outcomes for Aboriginal and Torres Strait Islander people. She was also one of The Fred Hollows Foundation’s original Life Members.

But Jilpia had much more to offer. During the early 1990s she initiated and worked with the Birthing Choices of Far North Queensland study (Commonwealth Department of Community Service and Health); she contributed to a study into the cause of asthma in Far North Queensland (University of Sydney).

In 1995 Jilpia took a new path as she enrolled to study at the Australian National University, graduating in 2003 with majors in political science and history.

That same year, the Queen’s Birthday Honours saw Jilpia made a Member of the Order of Australia in recognition of her contributions to remote First Nations health resources, with particular acknowledgement for her work in ophthalmology and obstetrics. An Australian Centenary Medal followed in 2003.

Meanwhile, in 1994 Jilpia had been appointed to the AIATSIS Council. Her contributions from that term and beyond have become part of the fabric of this institute’s history.

She went on to work for AIATSIS in researching First Nations health and contributed to Beyond Sandy Blight: Five Aboriginal Experiences as Staff on the National Trachoma and Eye Health Program published in 2008 by Aboriginal Studies Press (the AIATSIS publishing arm).

Among her other donations to its collection, AIATSIS holds photographs taken by Jilpia during her wide-ranging travels, as well as her pamphlet: ‘Walking the stories: Places of sorrow, places of healing: A guided walk to visit and acknowledge some of the places involved in the Stolen Generations.’

Through it all, Jilpia Nappaljari Jones remained true to her Walmajarri origins. She was involved in the Ngurrara: The Great Sandy Desert Canvas project devised to support her people’s native title claim. Involving over 60 artists, this huge 10×8 metre canvas depicted Country and ceremony, and it was lodged with the National Native Title Tribunal in 1997 as evidence for the claim for 76,000 square kilometres of land. Successful in 2007, this claim affirmed in Australian law Jilpia’s place as a traditional owner of her homeland – the fact of which she had never held a single doubt.

Jilpia Nappaljari Jones made a gigantic contribution to the health and cultural wellbeing of Aboriginal and Torres Strait Islander people throughout this continent. AIATSIS joins with her family and communities across Australia who will mourn her passing while celebrating her unmatched achievements.

She will be missed by everyone who knew her.

Kirra Services were proud to donate their time to help behind the bar for the celebration of Jilpia Nappaljari Jones’ life. After coming 3rd last year and a 288% growth this year, It’s been a great year for Kirra Services and we’re truly humbled to be Kirra have proudly won this years channel collaboration category for the CRN Impact Awards. We are honoured to have been selected as the winner of Seamless IT System Monitoring for your Education & Governmental Institution

Webinar: Wed 27th Oct 2021, 2:00PM – 2:45Pm In the age of technological disruption, embracing an IT strategy for your campus or governmental institution isn’t 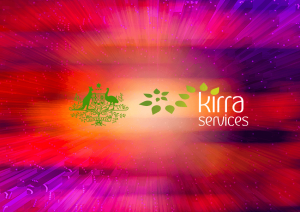 The Morrison Government is delivering on its commitment to increase opportunities for Indigenous businesses, with $188 million in contracts being awarded to Indigenous small to Send Us A Message

Let’s Start
On Your Next Big Thing
Get in Touch

Let’s Start
On Your Next Big Thing
Get in Touch